SenServe may have the answer to some of the Brexit difficulties… 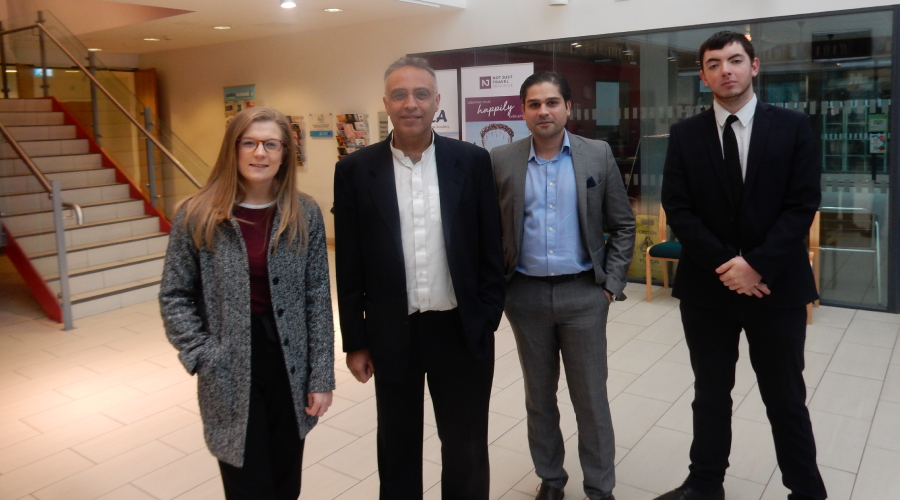 For a government struggling with Brexit and the Irish border problem; maybe ministers should head up the A1. Newcastle based SenServe.com think they might have a solution.  Here “SenServe may have the answer to some of the Brexit difficulties”…

SenServe usually helps businesses using technology, with websites, CRM’s or complex enterprise platforms. But they’re not afraid to venture into the unknown.

“In concept form, we may have a way to speed up cross-border traffic after Brexit, so it remains largely similar to today”.

He continues, “Actually, our solution isn’t technologically complex, but it’s potentially effective when combined with right processes. If commissioned by the government, we could build it in 2 months.”

The SenServe concept frees up the flow of goods in and around ports. So, no need for the M20 to become a truck park. If customs on both sides of the border use this method, then the flow of goods could be largely unaffected whatever the final Brexit outcome.

Some additional admin is required before shipping, but that can be reduced with an Origin of Goods calculator.

Trade with the rest of the world could also speed up.

The CEO of SenServe.com, Mohammad Ali,

“There’s a lot of talent in the North East. We see opportunities in challenges. Brexit needs to be no different.”

SenServe has recently launched an organised communications application called MaintainPad, for Letting Agents and Facilities Managers. But we’re ready to put things on hold to help the country if the call comes.

he team at SenServe will give-a-go to almost any problem which touches businesses. Recently we have looked at smartmeter take-up issues and lack of switching between energy suppliers. We believe we have a better alternative to the smartmeter, and one which facilitates switching rather than hindering it.

Whilst looking at this problem, we realised one of the issues which greatly adds to the confusion about energy tariffs: stepped pricing. This is where the price of energy changes after you have used some of it, per month.

Which garage would you fill up at? Which would you go to if you only wanted half a tank of fuel? Would they be the same? It’s difficult to work out.

But things as they are, SenServe potentially have a low-cost phone-based solution to meter reading, usage monitoring, comparing with actual data and one-click switching.

As this demonstrates: we do more than websites, but we do fantastic websites.